'Sea of Poppies Boasts a varied collection of characters to love and hate, and provides wonderfully detailed descriptions of opium production ... utterly involving and piles on tension until the very last page'
Peter Parker, Sunday Times
'A glorious babel of a novel ... marvellously inventive ... utterly involving ... The next volume cannot come too soon'
Sunday Times
'An utterly involving book'
Sunday Times
'This is a panoramic adventure story, with a Dickensian energy and scope'
Sunday Telegraph
'Ghosh's narrative is enriched with a wealth of historical detail ... as well as intricate characterisation that makes interaction among the diverse group truly absorbing'
The Times
'There can be fewer more exciting settings for a novel than a sea-tossed sailing ship ... Ghosh piles detail upon detail in a rumbustical adventure'
The Times
'Ripping post-colonial yarn ... Ghosh spins a fine story with a quite irresistible flow, breathing exuberant life ... an absorbing vision'
Guardian
'A remarkably rich saga'
Observer
'Each scene is boldly drawn, but it is the sheer energy and verve of Amitav Ghosh's storytelling that binds this ambitious medley'
Daily Mail
This is a corker
Spectator
Ghosh turns the ship into something robustly, bawdily and indelibly real . . . a plot of Dickensian intricacy
New York Times
'A master of fiction'
Economist
'A richly drawn cast of characters ... gilded with expertly-mined historical detail'
Sunday Business Post
'The fantastic Anglo-Asian language they speak is infectious, and the sombre yet uncertain conclusion leaves one eager for the second novel in the trilogy'
Daily Telegraph
'A captivating cast ... Ghosh's saga is enriched with a blizzard of Laskari- and Hindi-derived words that add irrepressible energy to the narrative'
Metro
'Beautifully written, this totally absorbing novel will leave you eagerly awaiting a second instalment'
She Magazine
'...this first volume in a promise trilogy is a gem.'
Guardian 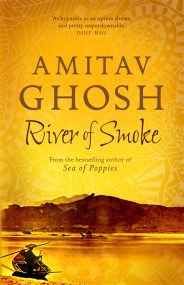 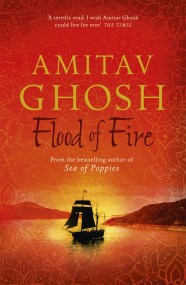