*CRIME BOOK OF THE MONTH* Superb . . . Shaw handles diverse plotlines brilliantly, demonstrating his ability to write about contemporary events with keen intelligence
Joan Smith, Sunday Times
A thrilling climax that will keep you guessing until the end
Candis Magazine
Shaw has made the bleak and inhospitable Kent coastline one of the principal characters in his mysteries . . . Opens spectacularly
Geoffrey Wansell, Daily Mail
Delivering a great sense of place, well-drawn characters and a feisty heroine, this is highly recommended
Myles McWeeney, Irish Independent
Sinister and divisive themes . . . Shaw is a master of characterisation . . . Totally believable
Jon Wise, Sunday Sport
*PICK OF THE WEEK* Another clever, thoughtful mystery from one of the best authors of Brit crime fiction's new wave.
Sun
William Shaw is an expert manipulator of his readers' emotions . . . each new torment provokes readers' sympathies more and more . . . The many stranded drama works, but it is the boys' story that is the most engaging
Natasha Cooper, Literary Review
*Audiobook of the Week* In the inventive and arresting Deadland, the outrageously rich haves of the art world and a pair of hopeless have-nots collide with murderous results . . .Tautly constructed thriller . . . Jasmine Blackborow is exactly the right reader, good at both posh and demotic accents, she does full justice to Shaw's skilfully rounded characterisation.
Christina Hardyment, The Times
*BEST BOOKS OF THE SUMMER* 'When teenagers use a borrowed scooter to steal an iPhone X off a passer-by, the owner will stop at nothing, including murder, to get it back. The result is a superb, haunting, intelligent novel.'
Sunday Times
*BEST THRILLERS OF 2019* 'It's up to DI Alexandra Cupidi to pull together disparate threads when a drug dealer is shot dead in a scrapyard and a severed arm shows up in an exhibit at Margate's Turner Gallery.'
Daily Mail 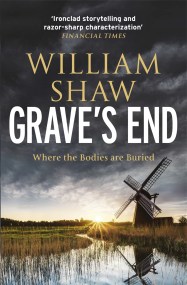 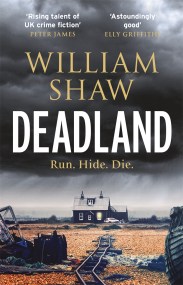 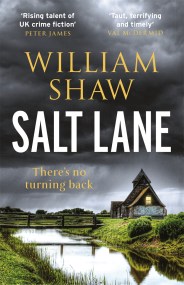