Our Lady of the Streets uses fantasy conceits and a tireless capacity for invention to map the dazzle, diversity and menace of London
Guardian
One of the finest rogue's galleries in all urban fantasy . . . With Our Lady of the Streets, [Tom] goes three for three. I couldn't have asked for a more satisfying finale
Tor.com
A impeccably dark parable, endlessly inventive and utterly compelling
Mike Carey, author of The Girl with all the Gifts
Gorgeously written and brimming with bizarre urban creatures, this darkly imagined and sometimes painful tale should delight fans of Neil Gaiman, China Miéville, and Holly Black
Publishers Weekly, Starred Review
Hugely inventive in his world-building . . . following in the tradition of authors like Neil Gaiman and China Miéville
SFX
The entire Skyscraper Throne Trilogy [is] a series of books which has just about redefined the way Urban Fantasy should be written and which stands head and shoulders above, along [with] the other great works such as Neil Gaiman's Neverwhere
Upcoming4me
If you can, read them one after another. The result is an emotionally charged and powerful roller coaster that will both exhaust and delight you in equal measure. Our Lady of the Streets is a fine ending to a very fine series, and we can't wait to see what Tom Pollock produces next. 9 out of 10
Starburst
It's just all amazing . . . Tom Pollock has done himself proud with this finale, and with this trilogy as a whole . . . literally unputdownable, and is going to be a very hard act to follow. 5/5
Over the Effing Rainbow
The Skyscraper Throne is one of the best Urban Fantasy series that's out there, with a fascinating take on London and strong characters that will make you fall in love with the story right away
Drauma Kopr
Once you pick up one of his books, prepare to be hooked. You won't be able to put them down. Recommended for every urban fantasy fan. The Skyscraper's Throne is a one-of-a-kind series, it's brilliant!
The Book Plank 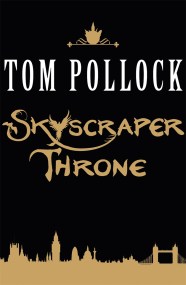 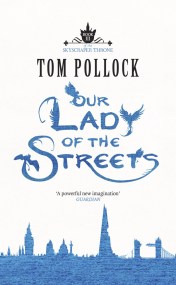 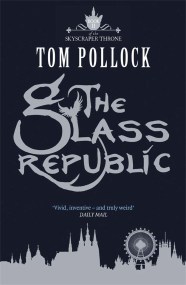 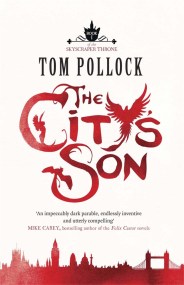