An incredibly impressive piece of fantasy fiction
The Fantasy Inn
Epic in scale and complexity
Weatherwax Report
Absolutely incredible action scenes . . . so freaking epic
Fantasy Hive
Epic fantasy as it should be; big, bold and very addictive
Starburst
A hugely entertaining debut
John Gwynne
Vivid action sequences . . . an impressive series opener
Publishers Weekly (starred review)
A monumental fantasy achievement . . . It will leave you stunned and wanting much, much more
Out of This World SFF Reviews
A perfect example of modern epic fantasy
Forever Lost in Literature
Intrigue, betrayal, and massive bloody battles . . . reading heaven
Grimdark Magazine
This is the first epic fantasy book I've enjoying getting immersed in for ages . . . a great romp in a brilliantly realised setting . . . I have lost sleep, forgotten food and made this the thing I pick up every moment I can get
SFFWorld
A grand tale of intrigue and battle
Fantasy Book Critic
Packed with big battles, shadowy intrigue and a large cast of characters, Legacy of Ash is an absorbing debut
James Islington
Brings back that feeling of excitement fantasy readers felt when discovering masters like J. R. R. Tolkien and C. S. Lewis . . .
Shelf Awareness
[An] excellent debut
Weekend Sport
A perfect blend of Martin's A Song of Ice and Fire and Bernard Cornwell's The Last Kingdom
FanFi Addict
Rivals Brandon Sanderson's Words of Radiance. It's really good
Engadget
An expertly crafted fantasy tale . . . incredibly compelling
NerdMuch? 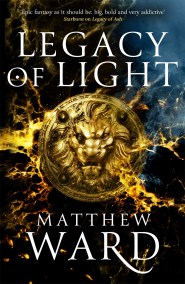 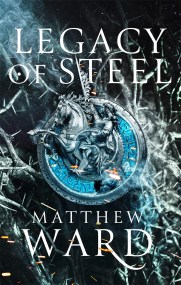 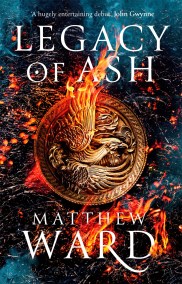