A delight of a book that wreaks havoc with your assumptions in a delicious Highsmithian manner. Hill has a hell of a career ahead of him.
Alex Marwood
A compelling read, packed with unexpected twists and explosive secrets, that builds to a shocking and unforgettable climax. A fantastic debut.
Rod Reynolds
Mark Hill has written a brilliant debut with characters that linger in the subconscious long after reading. I devoured The Two O'Clock Boy and can't wait to see what he does next. He's a real talent.
Steve Cavanagh
An unsettling and powerful story. The plot cleverly weaves past and present - with shocking, edge-of-the-seat twists until its heart-stopping finale
David Young, author of Stasi Child
An assured, dark and gritty debut marking the start of what looks like a great series
Stav Sherez
Fiercely fresh and wonderfully written. DI Drake is a marvellous creation and I can't wait to read more
SJI Holliday
I loved The Two O'Clock Boy! It's gripping and scary and twisty and unpredictable
Valentina Giambanco
A cracking debut from a talent to watch
Fiona Cummins, author of Rattle
At a stroke, Mark Hill has joined the upper echelons of London crime writers
Barry Forshaw, Crime Time
Enter DI Ray Drake, the flawed, sharply-drawn lead of this promising new series. The author has an unerring ability to give incidents a biting sense of reality
Sunday Times (Crime Club Best Debuts of the Year)
A fantastic debut: dark, addictive and original. I couldn't put it down.
Robert Bryndza, author of The Girl in the Ice
Utterly gripping, packed with unforgettable characters - and SO well-written. The twists had me reeling!
Louise Voss
Two O'Clock Boy is surely going to be the hardest debut of 2017 to beat. What a story and what a superb writer!
Alex Gray
Ambitiously complex and compelling, Two O'Clock Boy left me deliciously uncomfortable and blindsided by that final twist!
Angela Clarke
DI Drake is the flawed detective most of us can only dream of writing
Isabelle Grey
Unputdownable!
Claire Evans, author of The Fourteenth Letter
Enough cunning plot twists to keep you hooked right up to the nerve-jangling denouement.
Paul Burston
As poignant as it is gripping.
Jake Kerridge, Sunday Express
Twisty, gripping and gritty, Two O'Clock Boy is an exciting start to a major new crime series
Cass Green, author of The Woman Next Door
A superb final twist
Morning Star
A cracking debut. I can't wait to see more of Ray Drake.
Mark Billingham
Grips from the start and never lets up
The Times 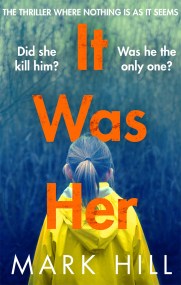 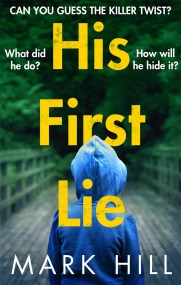