Praise for GWENDY'S BUTTON BOX by Stephen King and Richard Chizmar
-
Man, I love this story! The whole thing just races and feels so right-sized and so scarily and sadly relevant. Loved the characters...and the sense of one little girl's connection to the whole world through this weird device. It all just sang
JJ Abrams
A resonant novella set in one of King's signature locales: the small town of Castle Rock, Maine
Washington Post
This absorbing novella...packs quite a punch
Publishers Weekly
Readers will eagerly devour this thought-provoking, satisfying tale, even as it leaves them unsettled
Booklist
One of the most anticipated projects of the year is a novel-length sequel to Gwendy's Button Box, a novella written in collaboration with Stephen King and set in the heart of King's fictional backyard: Castle Rock, Maine. Chizmar carries the tale forward into Gwendy's future with sympathy and grace. The result is at once an independent creation and a particularly intimate form of collaboration...Chizmar's voice and sensibility dovetail neatly with King's own distinctive style, and the book ultimately reads like a newly discovered chapter in King's constantly evolving fictional universe.
Washington Post
He captures the small town vibe that made the Rock so popular, and when Gwendy returns home the story really takes off . . . Chizmar juggles the emotional beats around Gwendy's family and friends with a Castle Rock-appropriate plotline that hearkens back to stories such as Cujo and The Dead Zone, without overpowering the narrative. The family drama is at the heart of the tale but we never lose sight of the other events . . . A welcome return for Gwendy, in Chizmar's capable hands.
Sci Fi Bulletin 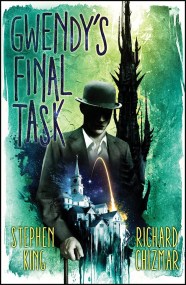 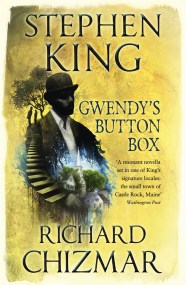