Painfully honest,beautifully strange, and absolutely worth your time. A new, modern, beautifully twisted look at the fae. A must-read.
Seanan McGuire, author of the NYT bestselling October Daye series
A true faery story, creepy and heroic by turns. Love and hope and a touch of A Midsummer Night's Dream. I could not put it down.
Patricia Briggs, NYT #1 bestselling author of the Mercy Thompson series
Saintcrow deftly mixes high-minded fantasy magic with rough, real-world rust using prose that veers between the beautiful and the bloodcurdling. Honestly, I wish I'd written it.
Chuck Wendig, author of Blackbirds
Lilith Saintcrow spins an incredibly imaginative and delicious tale with vivid language and a story you will not be able to put down. I loved every minute!
New York Times bestselling author, Darynda Jones
Unique, twisted, lovely, and raw. Just fabulous.
Faith Hunter, author of the NYT bestselling Jane Yellowrock series 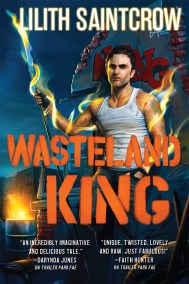 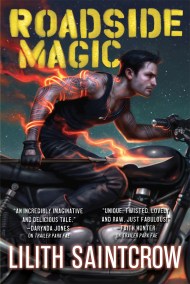