'Enthralling. Not many books have this cosmic ability' Los Angeles Times.
Los Angeles Times
'a great addition to the Fantasy genre' Read, Write and Read Some More.
Read, Write and Read Some More
'The page-turning and spine-chilling ability of a good novelist' Sunday Telegraph.
Sunday Telegraph
'Magnificently tense' Sunday Times.
Sunday Times
'Riveting' Publishers Weekly.
Publishers Weekly
Enthralling. Not many books have this cosmic ability
Los Angeles Times
Ryan's grand epic style . . . Passionate and dedicated fantasy fans will find a rich, immersive world and carefully handled characters
Booklist
Strong points include ambitious world-building and a sweeping scope, steeped in Celtic atmosphere and drawing from Irish myth and legend
Publishers Weekly
Undoubtedly the best fantasy novel I've ever read. From the front cover through to the back, Frank P. Ryan has created an epic adventure that just does not stop! This book is a powerful, outstanding book, a must-read for Fantasy Lovers
Glenda A. Bixler, Authorsden
Sprawling and imaginative . . . even before the gateway to the magical world opens, the green hills and dense forests and meadows with brightly coloured wildflowers feel lush and enchanting. When Alan, Kate, Mark, and Mo travel to Tír, the magical land beyond the gateway, the scenery becomes much more fantastical, and never fails to astound. It succeeds in its magnificent portrayal of Ireland's verdant landscape and the various strange wonders and horrors that await the young adventurers in Tír
Kidsread
'Ryan is inventive, the races he peoples his strange world with are not the run-of-the-mill elves and orcs and the magic is more of a spiritual nature than the magic of other fantasy novels I've read. A fast-paced, action-packed and truly fantastical journey along the Snowmelt River. I would be willing to suspend my disbelief longer to continue the journey as there is more of this tale to be told' 4 ½/5
Fantasy Book Review
The depiction of rural Ireland is full of striking imagery and nostalgia and the fantasy world is given the same treatment, so both places feel realistic . . . This is a book that's very black and white in its morality, and tonally has similarities to the work of Tolkien, even though it has a very different atmosphere. A magical adventure and will appeal to fans of traditional fantasy, and those who fancy some well-crafted escapism
British Fantasy Society
Writing as crisp as cold water, to skip out on Mr Ryan's great instalment of his series would be criminal
popculturecoup.wordpress.com
A great addition to the Fantasy genre . . . an interesting book that questions the reality of fate and destiny. I loved how the characters grew
Read, Write and Read Some More
I loved how the characters grew in this book . . . brilliantly done. The author kept my attention the whole time. I wanted to continue the journey with these characters, I wanted to see them grow and change. I watched them learn and grow into their roles, it was fantastic
Annabelle, Goodreads
His main characters are brilliantly depicted, as are the weird and wonderful adventures they embark on - it's hard to imagine either teen or adult getting bored by this incredible book
The Irish World
The author has imagined a brooding sorcerous world filled with dark romantic landscapes and shivering cold, and haunted by dense blue-black shadows . . . Like all rousing adventure yarns, The Snowmelt River builds to a frantic and desperate conclusion
Thomas Cotteril
Mr Ryan does do well to steer his characters away from the tropes we've come to expect (and disdain), and by the end of the novel all the characters have grown and evolved admirably. The tale is enjoyable. To my mind it is the Belgariad and Malloreon. Younger Readers will probably love this
South African Speculative Fiction review
It succeeds in its magnificent portrayal of Ireland's verdant landscape and the various strange wonders and horrors that await the young adventurers in Tír
Teen Reads
Takes fans of fantasy into a world of adventure, double dealing, warfare and also personal expansion, its wonderfully written with solid prose and great pace. Yet for me the real quality of this book is the author's depiction of the central characters who are not only well rounded but each have flaws yet together make up a stronger whole. It's cleverly crafted, wonderfully woven and all round really does give you something special
Falcata Times 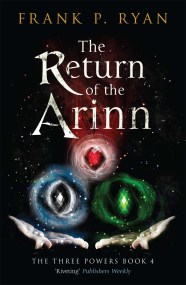 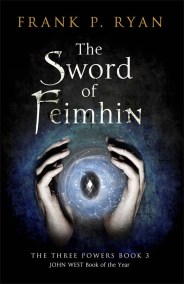 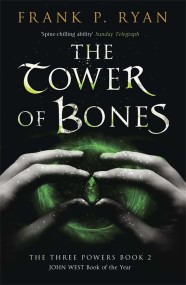 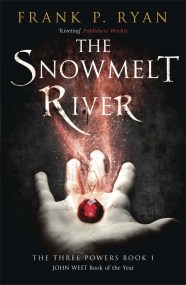