Harte manages to combine a series of intricate plot lines, intriguing characters and the creation of his version of renaissance Europe without ever becoming confusing ... Harte proves the genre can be as thought-provoking and intelligent as any other work of fiction ... he has created a world that could have easily stepped out of any history book, but which is infinitely more interesting.
Blogcritics on Irenicon
. . . exciting and original amid the current fantasy landscape . . .
Fantasy Book Critic
Harte is a brilliant new voice in historical fantasy, and this is quite simply the best piece of fantasy that I have read so far this year
Inter Zone on Irenicon
I definitely recommend this one, a real unexpected find for me that I really enjoyed
Tenacious Reader on Irenicon
If there were stars for world-building Irenicon would be a five plus, no question.
SFX on Irenicon
Seriously impressed both by the quality of the ideas and the ingenuity with which they are explored in the text . . . Irenicon is completely fascinating
Thinking About Books
The book is a fountain of gorgeous detail, festooned with enriching codices and enlightening, subtly subsumed exposition
Sci-Fi Now on Irenicon
. . . twice as impressive as Irenicon . . . [It] will leave you gaping, it really is that rich and worked out in the details
The Book Plank on The Warring States 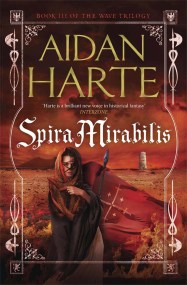 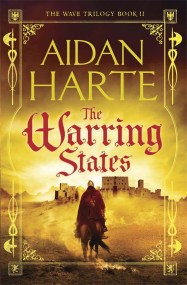