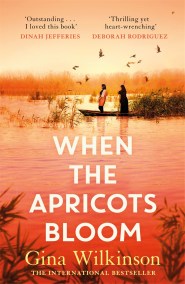 When the Apricots Bloom

'Thrilling yet heart-wrenching . . . This must-read novel is mesmerizing, captivating, and profound' DEBORAH RODRIGUEZ, internationally bestselling author of The Little Coffee Shop of…