PRAISE FOR MIRAGE
:
Mirage is full of characters who feel like they existed long before the story began, and a rich world that is as beautiful as it is cruel. A smart, romantic, exciting debut from a rare talent
Veronica Roth, #1 New York Times bestselling author of Divergent
Prepare yourself for a story that's enriching, thrilling, and captivating
BuzzFeed
Mirage is by turns thrilling and ruminative, sexy and heartbreaking. Somaiya Daud has written a moving and unforgettable debut
Sabaa Tahir, author of An Ember in the Ashes
Superb . . . a beautiful and necessary meditation on finding strength in one's culture
Entertainment Weekly
Beautifully detailed, with enchanting poetry and characters you'll come to care for, Mirage is an exciting introduction to what is sure to be a thrilling series
CultureFly 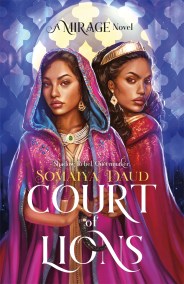 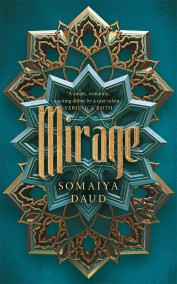