Action, intrigue and a character-driven plot . . . sure to please any crime fiction fans
Woman
A cracking good read
Jessie Keane
A compelling mystery... Will have you rooting for Lolly and zooming through the pages to find out what becomes of her.
Heather Burnside
Gripping
Daily Express
A gripping page-turner
Kerry Barnes
Well into Martina Cole territory
Independent 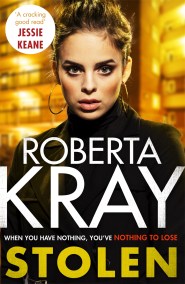