An epic, sand-swept adventure
Ayana Gray, New York Times bestselling author of Beasts of Prey
With an enchanting world of tea magic and desert monsters and a thrilling quest helmed by a girl whose wit is sharper than her blades, Maiya Ibrahim's Spice Road is a fantasy you don't want to miss
Amélie Wen Zhao, author of Blood Heir 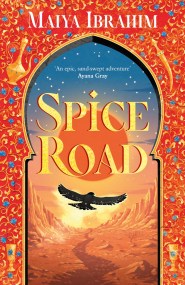