As emotional and sentimental, yet as electrifying and enchanting as the first book.
Dannii Elle, United by Pop 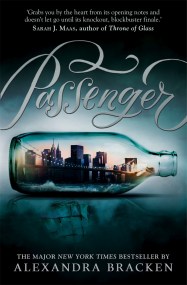