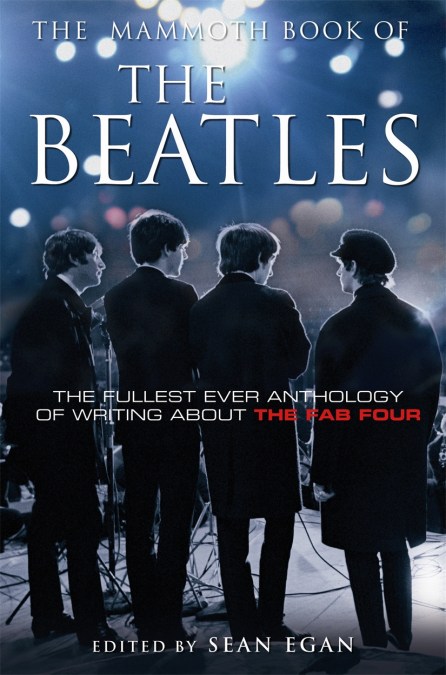 The Mammoth Book of the Beatles

by Sean Egan
Over 30 landmark interviews, accounts, and memoirs of The Beatles and their entourage, recording how they inadvertently became counter-culture’s figureheads and changed society.

The pieces include Paul Johnson’s ‘The Menace of Beatlism’, Maureen Cleave’s ‘Beatles Bigger than Christ’ feature, the News of the World feature suggesting The Beatles were spent forces – just before they unleashed Sergeant Pepper on the world – interviews with their entourage and main loves; plus latter-day contributions from the likes of Paul Gambacinni, Dave Marsh, Greil Marcus.

Also included is a chronological tracing of each Beatles album and single, and analysis of all Beatles movie releases and television appearances. 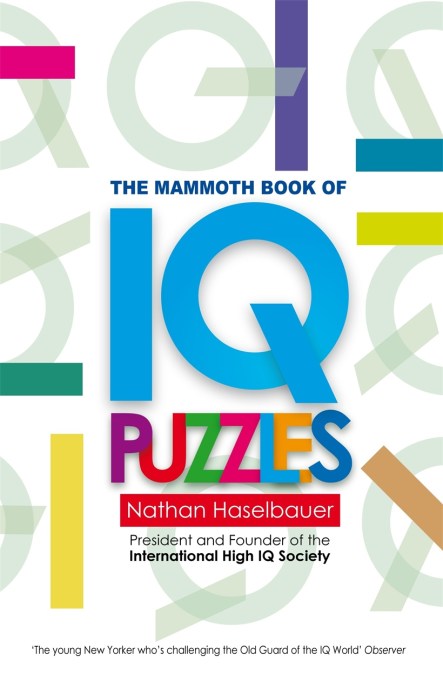 by Nathan Haselbauer
Nathan Haselbauer, President of the International High IQ Society, has painstakingly researched and designed this impressively varied collection of over 500 mind-bending puzzles to enable you to determine just how clever you are.

This huge variety of maths, logic and word puzzles ranges from reasonably straightforward to fiendishly difficult. Each puzzle is clearly presented, though, and its solution is perfectly clear. In theory, each puzzle can be solved – in your head – in just a few minutes.

Fully endorsed by the International High IQ Society, the fastest growing high IQ society in the world, this book represents the gold standard of IQ testing. 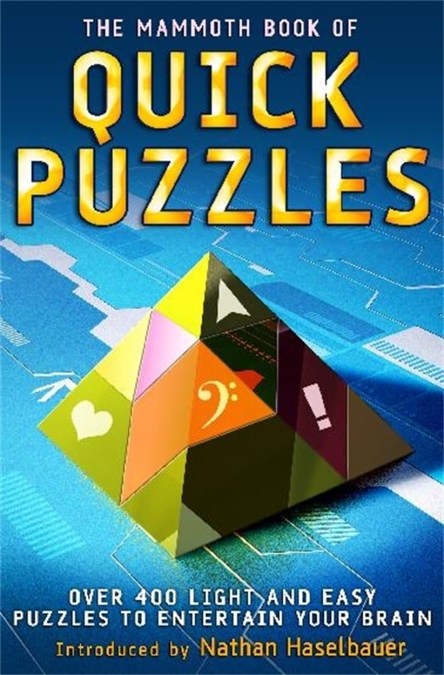 The Mammoth Book of Quick Puzzles

This giant volume offers hundreds of original new puzzles ranging from easy maths and logic problems to word games, sudoku, mazes, and illusions. All the puzzles are easy to understand, straightforward to solve, and designed to offer beneficial mental stimulation, not give you a headache!

A handy puzzle collection to keep with you at all times – while travelling, or commuting, or even just standing in a queue. 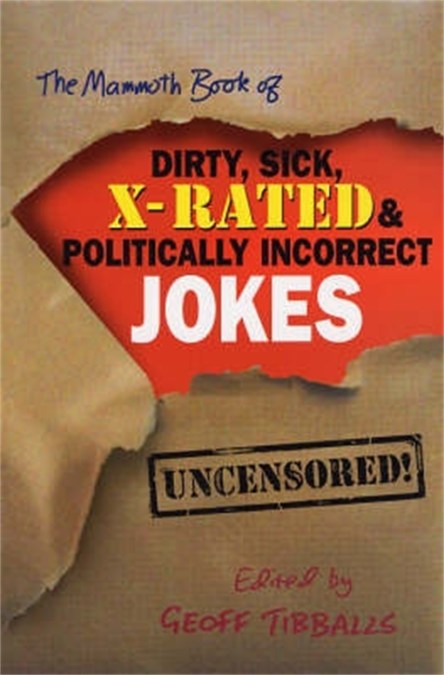 by Geoff Tibballs
The Mammoth Book of Dirty, Sick, X-Rated and Politically Incorrect Jokes is the ultimate collection of X-rated and decidedly politically incorrect jokes – an indispensable guide to the funny, the fearless and the filthy. Be warned, the contents of this spanking new bumper book are not for the faint-hearted. Even a blonde would blush …if she got any of them. 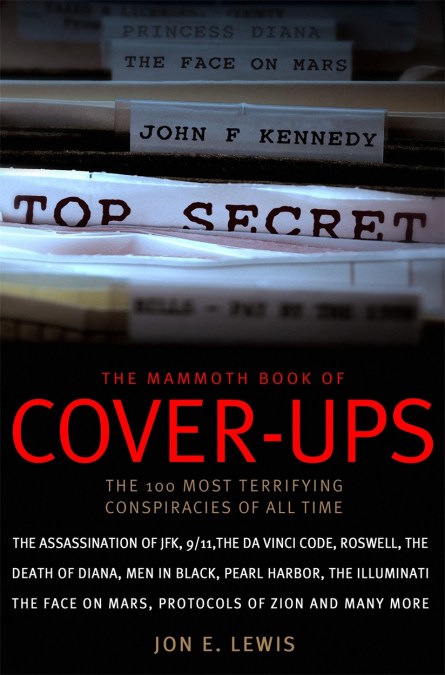 The Mammoth Book of Cover-Ups

In other words everything ‘they’ never wanted you to know and were afraid you might ask!

Jon E. Lewis explores the 100 most terrifying cover-ups of all time, from the invention of Jesus’ divinity (pace the Da Vinci Code) to Bush’s and Blair’s real agenda in invading Iraq. Entertainingly written and closely documented, the book provides each cover-up with a plausibility rating.

Uncover why the Titanic sank, ponder the sinister Vatican/Mafia network that plotted the assassination of liberal John Paul, find out why NASA ‘lost’ its files on Mars, read why no-one enters Area 51, and consider why medical supplies were already on site at Edgware Road before the 7/7 bombs detonated.

Just because you are paranoid, it doesn’t mean that they aren’t out to conspire against you. 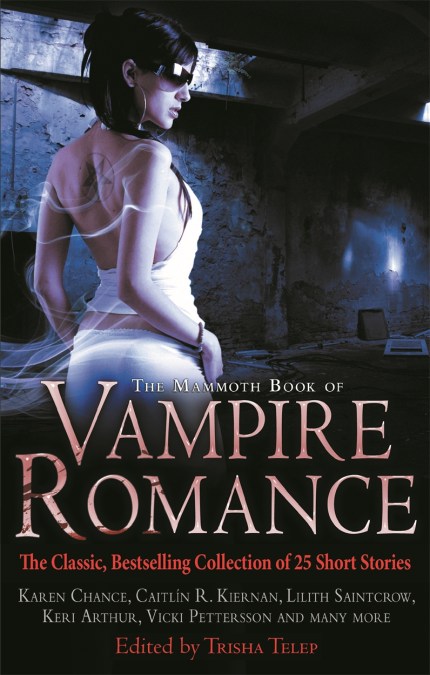 The Mammoth Book of Vampire Romance

by Trisha Telep
You never forget your first time with a vampire. 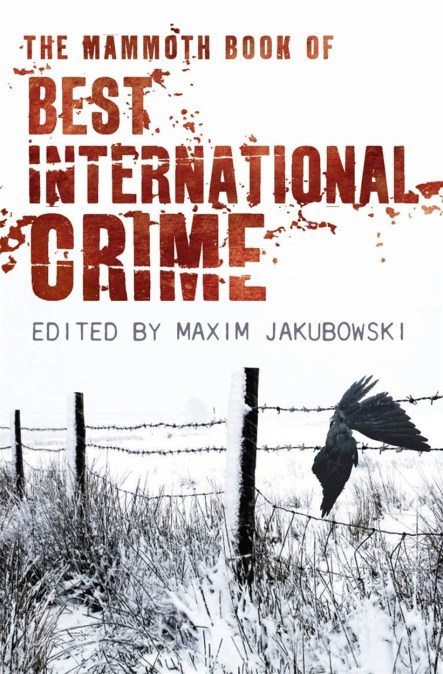 by Maxim Jakubowski
Leading anthologist Maxim Jakubowski presents the very best in crime writing from around the world – 40 short stories from an all-star line-up of international writers.

They cover the full spectrum of crime fiction, from noir and thrillers, to whodunnits and procedurals, with settings that include Italy, Cuba, Scandinavia, Russia, USA, Japan, Germany, Mexico, France, Italy, Spain and the UK. Among the writers presented are:

John Mortimer, the English barrister and writer, famous for his much-loved fictional character Horace Rumpole of the Bailey.

Boris Akunin, whose eccentric characters and surprising, inventive plots have earned him a reputation as one of the finest contemporary writers of classic crime fiction.

Giorgio Faletti, author of the 5 million copy seller I Kill.

Jeffrey Deaver, one of the very best US crime writers. His psychological thrillers feautring Lincoln Rhyme have been bestsellers around the world.

Ruth Rendell, one of the UK’s most respected crime writers. 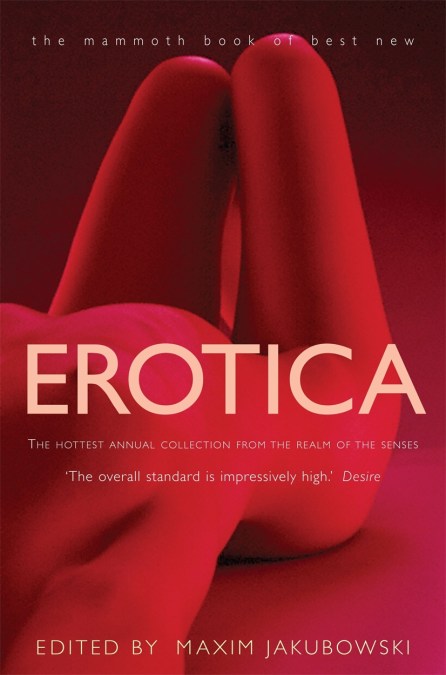 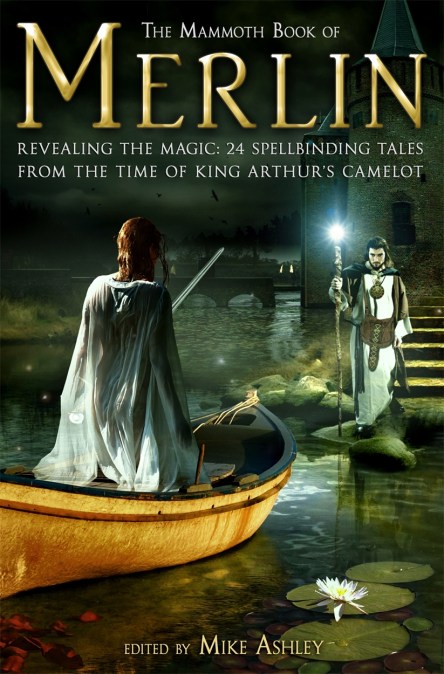 The Mammoth Book of Merlin

by Mike Ashley
A superb collection of stories of magic and adventure from the golden age of Arthurian legend by bestselling writers.

Enter into the darker realms of the age of the Knights of the Round Table, when magic held sway and Merlin vied with Arthur’s heroic new world.

Included are: Jane Yolen on Merlin’s youth and coming of age; Marion Zimmer Bradley on Nimuë, Merlin’s lover and doom; Charles de Lint on Merlin’s influence through the centuries; Darrell Schweitzer on the legends of Merlin’s birth; plus stories by Tanith Lee, Peter Tremayne, Phyllis Ann Karr, Jennifer Roberson, and many others.

There is also a detailed introduction by Mike Ashley on the mystery and magic of Merlin and his world. 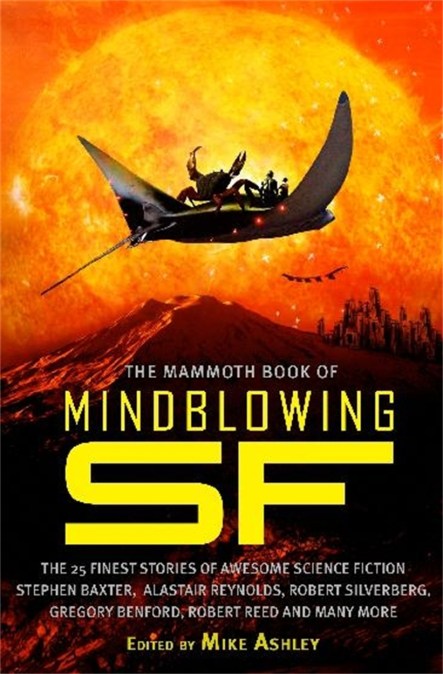 The Mammoth Book of Mindblowing SF

by Mike Ashley
Many readers are attracted to science fiction for that singular moment when a story expands your imagination, enabling you to see something in a new light. Not all SF works this way! This volume collects the very best of it that does, with 25 of the finest examples of mind-expanding and awe-inspiring science fiction.

The storylines range from a discovery on the Moon that opens up vistas across all time to a moment in which distances across the Earth suddenly increase and people vanish. These are tales to take you from the other side of now to the very end of time – from today’s top-name contributors including Stephen Baxter, Alastair Reynolds, Robert Silverberg, Gregory Benford and Robert Reed. 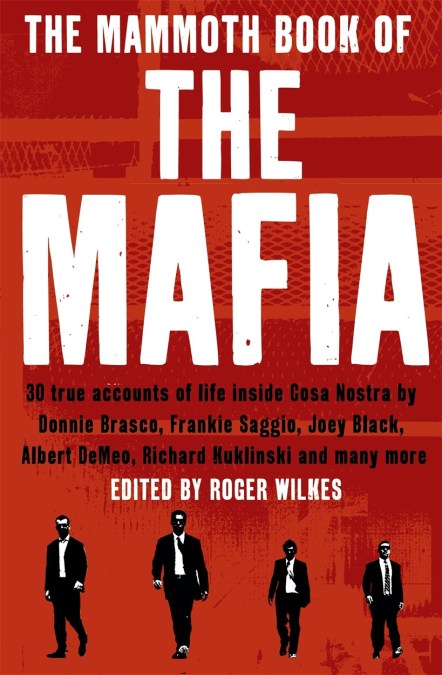 The Mammoth Book of the Mafia

by Nigel Cawthorne
30 inside stories of the American Mafia, Sicilian Cosa Nostra, Camorra and ‘Ndrangheta

Images of life in the Mob pervade our film and TV screens, some glamorous, some horrific – what is the reality?

Investigative journalist Roger Wilkes has put together the largest ever collection of insider stories from prominent ex-mafiosi, infiltrators and award-winning writers. It contains tell-all accounts by the likes of:

Richard ‘The Iceman’ Kuklinski, the contract killer who claimed to have murdered over 200 people in a career lasting 43 years.

Frankie Saggio, who ‘freelanced’ for all five of New York’s Mafia families, narrowly escaping assassination before being busted for a major scam.

Joey Black, the Hitman, chillingly professional murderer of 38 victims and regarded by many as the ‘original Soprano’.

Albert DeMeo, the son of a gangster, who later became a lawyer.

Tommaso Buscetta, the Sicilian mafioso, the first pentito, or informant, of real significance to break omertà. The two judges with whom he worked, Giovanni Falcone and Paolo Borsellino, were both later killed by the Mafia.

This is the reality of the world of men you wouldn’t want to cross. 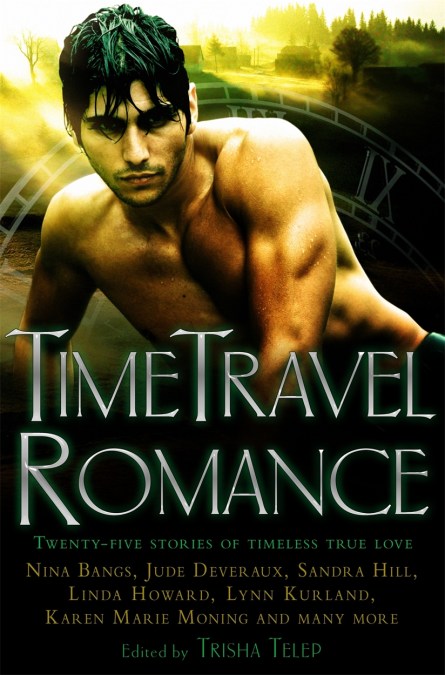 by Trisha Telep
Time travel romance is not the same thing as sci-fi romance, though some stories may be set in an imagined future; it is romantic fiction set in various different eras, usually from around the sixteenth to the eighteenth centuries. A woman may fall asleep in Central Park in the present to wake up in the arms of a Scottish laird in the sixteenth century.

The Mammoth Book of Time Travel Romance contains 25 stories of adventure and love; settings include medieval Scotland, sixteenth-century England, the nineteenth-century ‘Wild West’. Some stories are set in the present and a few in the future. Stories include an Elizabethan nobleman whisked into the present day, a troubled young woman who lands in the sixteenth century able to break a curse of lost love.