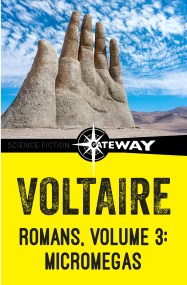 The tale recounts the visit to Earth of a giant being from a planet circling the distant star Sirius, and of his companion from the…