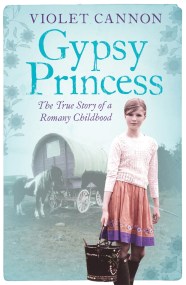 The true story of a Romany childhood... Gypsy Princess is a searingly honest account of what life is really like for travelling communities, for girls…