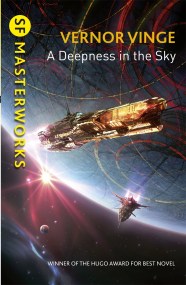 A Deepness in the Sky

The prequel to A Fire Upon The Deep, this is the story of Pham Nuwen, a small cog in the interstellar trading fleet of the… 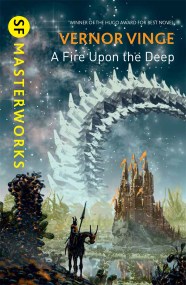 A Fire Upon the Deep

Thousands of years hence, many races inhabit a universe where a mind's potential is determined by its location in space - from superintelligent entities in… 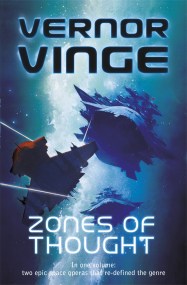 Vinge's masterpieces together at last, in one epic volume The Hugo Award winning A FIRE UPON THE DEEP and its epic companion novel A DEEPNESS… 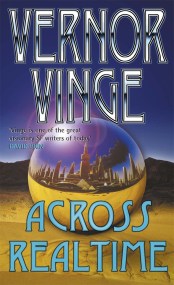 Encompassing time-travel, powerful mystery and the future history of humanity to its last handful of survivors, Across Realtime spans millions of years and is an…