The Order of the Phoenix Park

For three years Twenty Major has written a daily blog. Now though comes a tale so bizarre and abominable that mere words on a computer… 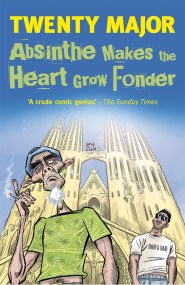 It's just days after the Folkapalooza concert and having saved the world, Twenty Major is looking forward to some R&R but little does he know…