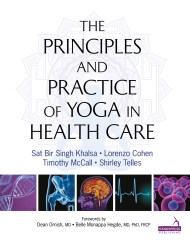 Principles and Practice of Yoga in Health Care

The Principles and Practice of Yoga in Health Care is a professional-level textbook with contributions by multiple expert researchers and therapists in the field. This…