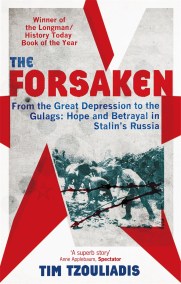 Of all the great movements of population to and from the United States, the least heralded is the migration, in the depths of the Depression…