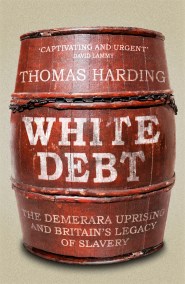 When Thomas Harding discovered that his mother's family had made money from plantations worked by enslaved people, what began as an interrogation into the choices…