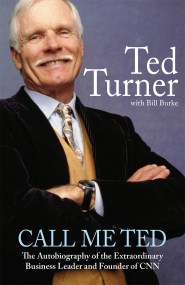 CNN, AOL/Time Warner, Jane Fonda, The America's Cup: Ted Turner's story is the stuff of legend. Never before has the controversial businessman shared his personal…