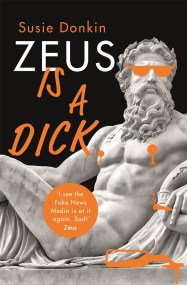 Zeus Is A Dick

In the beginning, everything was fine.* And then along came Zeus. *more or less Ahh Greek myths. Those glorious tales of heroism, honour and... petty…