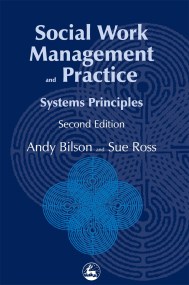 The second edition of this key text renews its challenge to the established social work culture of managerialism and effectiveness, arguing that existing social work…