Inside No. 9: Collector's Edition

Re-enter the darkly comic world behind the door marked 'number 9' in this limited, collector's edition of Inside No. 9: The Scripts: Series 1-3. 'The… 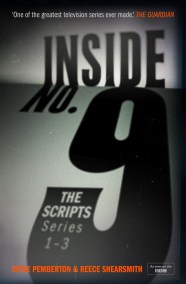 'The joy of these scripts is in being able to appreciate the craft and ambition involved in the sharpness of the dialogue, the cunning of…