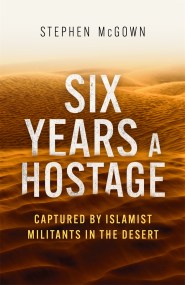 THE EXTRAORDINARY STORY OF THE LONGEST-HELD AL QAEDA CAPTIVE IN THE WORLD Stephen McGown was en route from London to South Africa, on a once-in-a-lifetime…