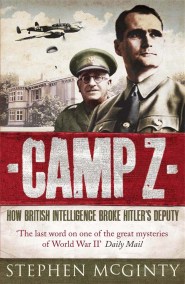 On 10 May 1941, Rudolf Hess, then the Deputy Führer, parachuted over Renfrewshire in Scotland on a mission to meet with the Duke of Hamilton,…