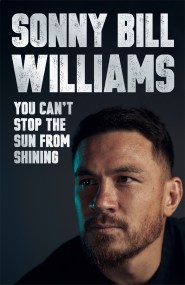 You Can't Stop The Sun From Shining

__________ Available for pre-order: the extraordinary and revealing autobiography of one of rugby's most entertaining and complicated figures 'I lived for winter Saturdays and played…