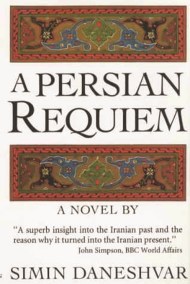 Set in the southern Persian town of Shiraz in the last years of World War II with the British army in occupation, the novel chronicles…