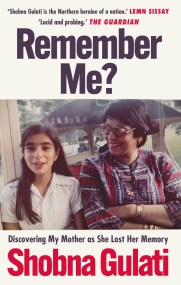 Afterword by Alzheimer's Research UK. 'Shobna Gulati is the Northern heroine of a nation' - Lemn Sissay 'Lucid and probing' - Guardian 'Wonderful and emotional,…