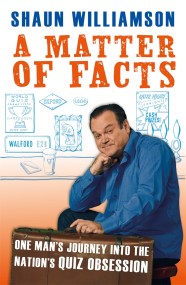 A Matter of Facts

A journey into the obsessive world of quizzing. Includes stories from Shaun's past such as tales from his time playing Barry in Eastenders; the discovery…