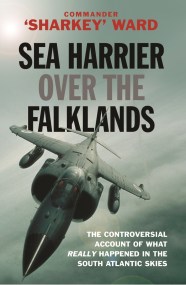 Sea Harrier Over The Falklands