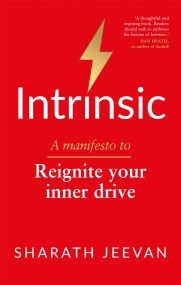 *** AN INSPIRATIONAL MANIFESTO FOR RE-IGNITING OUR PASSION FOR LIFE AND OUR INNER DRIVE FROM SHARATH JEEVAN, A LEADING EXPERT ON MOTIVATION. 'An essential guide…