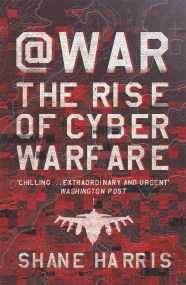 The spies had come without warning. They plied their craft silently, stealing secrets from the world's most powerful military. They were at work months before…