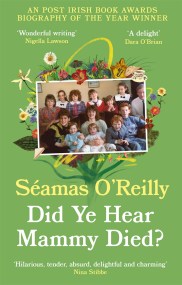 THE IRISH TIMES NO. 1 BESTSELLER AN POST BIOGRAPHY OF THE YEAR 'Gorgeous' Pandora Sykes 'A rare and beautiful book' Marian Keyes 'Tender, sad and…