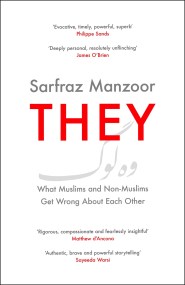 A powerful and deeply personal exploration of a divided country - and a hopeful vision for change. 'This is not another book about the relationship…