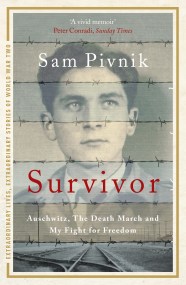 Survivor: Auschwitz, the Death March and my fight for freedom

**For fans of The Tattooist of Auschwitz** Sam Pivnik is the ultimate survivor from a world that no longer exists. On fourteen occasions he should…