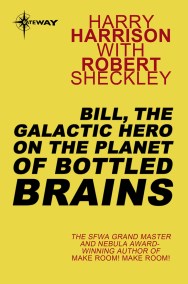 Bill, the Galactic Hero on The Planet of Bottled Brains