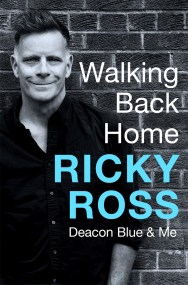 'For all these years I've told stories. Sometimes these days I also tell them on the radio. I've met some amazing people and their stories…