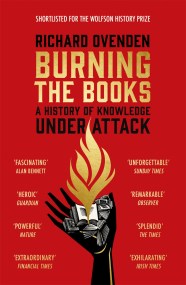 Burning the Books: RADIO 4 BOOK OF THE WEEK

An unforgettable 3,000-year-old journey - from Mesopotamian clay tablets trying to predict the future, to Tudor book-hunters and Nazi bonfires, and on into the dangers…