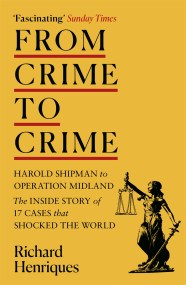 From Crime to Crime

'If Henriques were a fictional character, he would be a celebrity, the kind of dashing, hawkish QC who turns up in Agatha Christie novels and…