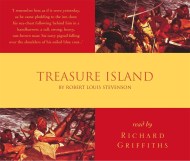 When Jim Hawkins picks up the oilskin packet from Captain Flint's sea chest and finds a treasure map, he is catapulted into the adventure of…