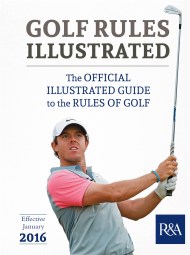 This book contains all the Rules of the game as revised 1st January, 2016, together with over 100 illustrations designed to provide easier understanding of… 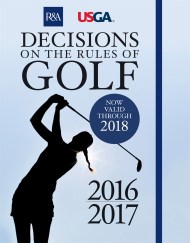 Decisions on the Rules of Golf

Whilst many claim to know the Rules of Golf, the fact is that every year golf's governing bodies receive thousands of inquiries about how to…