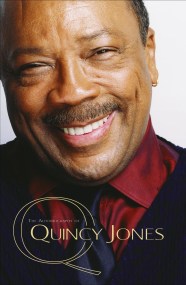 Q - The Autobiography of Quincy Jones

Quincy Jones' creative magic has spanned over six decades - as musician, producer, arranger, composer, entertainer, entrepreneur extraordinaire - and he stands today as one…