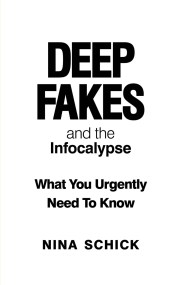 Deep Fakes and the Infocalypse

"Deep Fakes and the Infocalypse is an urgent, thoughtful and thoroughly-researched book that raises uncomfortable questions about the way that information is being distorted by…