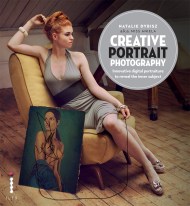 The very best portrait photography strives to give the viewer access into their subject's inner self; to provide a window into their soul. With the…