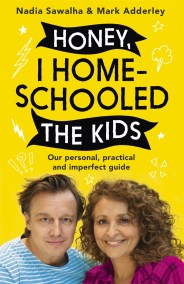 Honey, I Homeschooled the Kids

'Persuasive and timely reading' SUNDAY TELEGRAPH 'They share the challenges and rewards they've faced along the way with humour and honesty' OK! WHAT A YEAR…