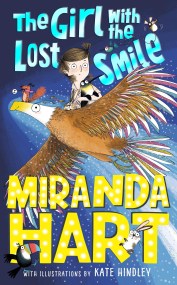 The Girl with the Lost Smile

This is a story guaranteed to make you laugh and cry: the first children's book from award-winning, bestselling author and comedian Miranda Hart. Chloe Long…