Gambling is a fascinating account of gambling through history, from Greek mythology and the ancient role of lots, dice and cards, to the high profile… 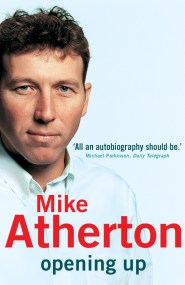 Opening Up - My Autobiography

Mike Atherton is the most articulate and perceptive captain of English cricket since Mike Brearley. He was also one of the most determined batsmen of…